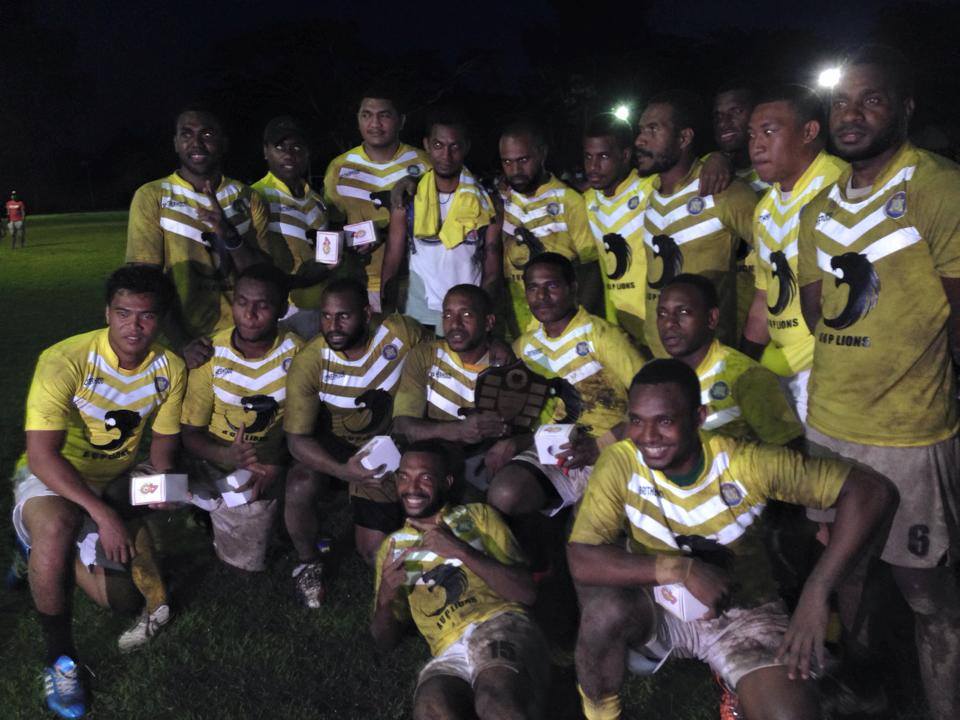 Rugby League in the Adventist University of the Philippines

The Adventist University of the Philippines’ PNG Independence Day Cup, the only regular Rugby League tournament in the Philippines in the last 3 years!

In 2013 between, October 19 – 21 the Philippines National Rugby league (PNRL) thought they were the only Rugby League players in town and making history by playing their second Rugby League 9s tournament and the first Rugby League International in the country against the Thailand Stars in the province of Zambales.

Unbeknown to the PNRL that a month earlier in mid-September, to celebrate Papua New Guinea’s (PNG) 38th Independence Day. PNG students studying in the Philippines organised a Rugby League tournament at The Adventist University of the Philippines (AUP) in Cavite.

Philemon stated that when you get a group of PNG nationals living together outside the country you will always get them playing Rugby League because it is their national sport. In light of their heavy tertiary study commitments as well as studying in different parts of Luzon. Organising a Rugby League tournament to celebrate PNG’s Independence Day in the Philippines, made a lot of sense. Since this is a day that many of the PNG nationals studying in the Philippines naturally get together for a day of community celebrations.

Philemon described this year’s tournament as:
“The tournament organizing ended up pretty well and happened on time and every one enjoyed themselves.
This year the games were quite tough, when playing against other teams because every team prepared well, with good game structures, displaying strong defenses being put in”.

The toughness of the games, with strong defence was reflected in the final game score, played between the AUP Lions and United Vikings. No tries were scored in the final because no team could break through each team’s structured and tough defence. AUP Lions won the match for a third year in a row, through a field goal, so a Rugby League final score line of 1-0!

Philemon sees a future for Rugby League in the Philippines with many local Filipinos actually turning up to training sessions at the various participating tertiary education institutions, stating:

“We do have Filipino friends from the same schools really interested to join and play, but due to their lack of confidence they only support us during game time, but regularly participate in our afternoon touch footy games. I do believe as they continue to play touch footy and get to know the Rugby League rules – yes they will play full contact with us.”

Philemon states that they are approaching more tertiary education institutions to participate in what is now a regular Rugby League tournament in AUP in 2016.

With their passionate love for “The Greatest Game of All”, recent PNRL overtures towards PNG nationals studying in the Philippines will hopefully lead to both groups working together, allowing the game to develop and grow in the Philippines.

Philemon finished by sharing that he is considering talking to the AUP Lions about organising a game against the Manila Storm. The PNRL Rugby League team set to play a Hong Kong Rugby League Residents XIII side on November 7. This would then be the first Rugby League game in the Philippines between a PNG students and a PNRL aligned team!