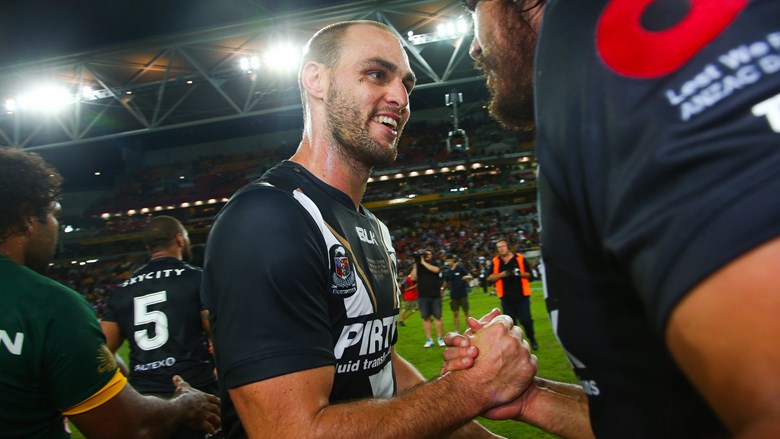 Mannering ruled out of Kiwi tour

NZ Kiwis captain Simon Mannering has reluctantly confirmed his withdrawal from the upcoming tour of England.

Mannering (Kiwi #731) has played 41 tests for New Zealand and took over leadership of the national side at the 2013 Rugby League World Cup, leading them to success at the 2014 Four Nations series and 2015 Anzac Test.

Over the past three years, he has played 11 of 12 tests for the Kiwis and 71 of 72 games for the Vodafone Warriors.
But his ironman service to both country and club has taken its toll, and after a series of medical checks, he has been ruled out of the three-test series with gastric issues that affected him over the closing weeks of the NRL season.
Mannering (29) was named in the Kiwis train-on squad last month, but has not taken part in any training sessions while his condition was checked out by Warriors medical staff.

His withdrawal means coach Stephen Kearney will have to find another captain for this campaign.

“We know Simon wants to be with us and this decision will be a huge blow for him, as it is for us,” says Kearney, who will announce his touring team on Thursday.

“But his long-term health is very important to us, especially with the Four Nations scheduled for next year and, of course, the next World Cup in New Zealand and Australia the following year.

“He’s our captain and our leader, but we’ll still have a strong leadership team to draw on and his absence this time will give us a chance to develop some other players in that role.”

The England tour begins on October 23 with a warm-up game against Leeds Rhinos, with the three tests scheduled for Hull (November 1), London’s Olympic Stadium (November 7) and Wigan (November 14).