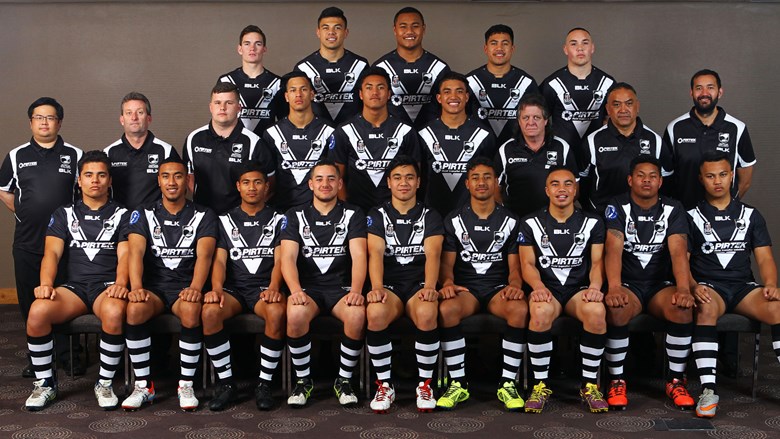 NZ Schools prepare for next challenge

Starting Monday, NZ Secondary Schools coach Rod Ratu has a unique opportunity to take a generation of players to the next level of their game.

In the space of a couple of weeks, Ratu will guide the students side against New South Wales Combined High Schools, then take the NZ 18s across the ditch to face Australian Schools in Brisbane.

He’s had plenty of experience at club, rep and schools level, and already knows many of his charges through working with the NZ Warriors development programme.

But this is his first national team coaching gig, so he isn’t sure how high the bar sits on this assignment, just that it is higher than he’s been before.

“There’s a lot of familiarity there, it’s another campaign and we’re preparing for another game.
“At the same time, we’ve got to make sure the effort is raised. We can’t sit comfortably on what we already know, we need to challenge ourselves, off the field, as well as on it.”

“I took a lot of confidence from that camp, talking to those guys,” says Ratu. “They told me, in these short campaigns, you have to understand what you can manage and keep it simple.
“You have to make sure it’s an enjoyable process for yourself and the people concerned … the players.”

New South Wales finished stronger than their NZ counterparts in last year’s encounter at Westlake Boys High School, trailing early in the second half, but pulling away 28-16 in the final analysis.
Ratu has seen the footage and knows where his team must stamp their authority for a chance to turn the tables this year.

“I’m very confident in our middles,” he says. “We are predominantly strong and powerful players, so we’ve selected this side with the intention of winning the battle in the middle of the field.

“I expect New South Wales to be highly skilful. They know the game well – they have great game intelligence – and it’s evident they will play the full 80 minutes.”

That, effectively, was the difference between the two sides last year, but Ratu is confident his players have the ability to go the distance this time.

The process of raising the bar began even before the NZ side entered camp on Friday. With the team’s only non-Auckland, Dylan Clark, driving north from Tokoroa, they faced the Junior Warriors in an opposed practice run at Mt Smart Stadium last Wednesday.

“That’s an opportunity a rep team wouldn’t normally enjoy,” reflects Ratu. “The Warriors boys made a point of shaking their hands and wishing them luck afterwards.”