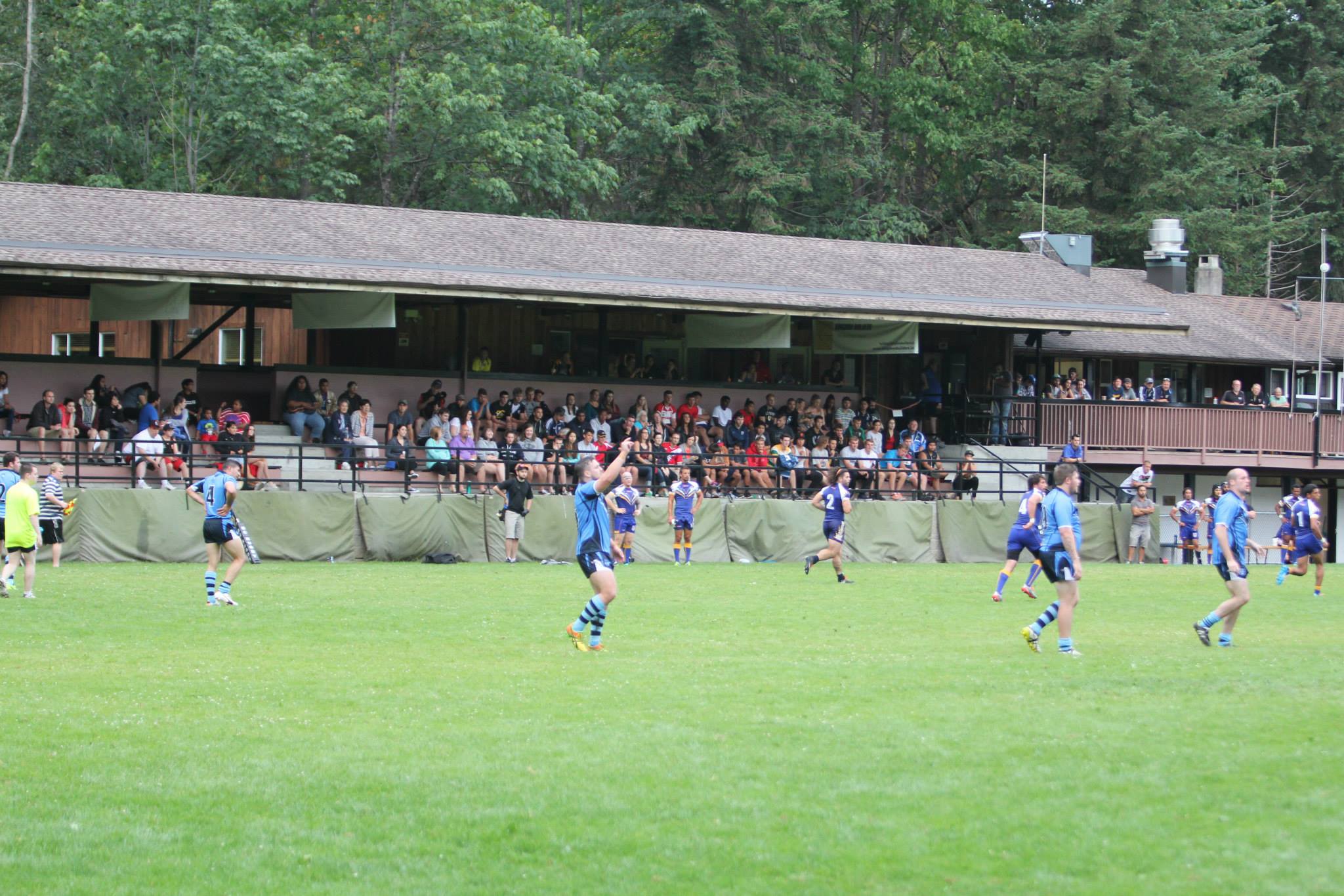 The NSWTSRL Rep Team returned to Klahanie Park North Vancouver for the final match of its 2015 Canada Tour on Friday night 17 July, to play against the British Columbia Bulldogs Under 23 Rep Team.

Whilst the tourists won the match 38-4, it was hard fought win and the locals could have added plenty of points but for some inexperience in how to finish their plays off.

The NSW boys started the match strongly, eager to maintain an unbeaten tour record and it took only 7 minutes for them to score first points, with half Jake Vrahnos sending a perfect face ball to prop Luke Rye to crash over near the posts. Centre Shane Rowe was successful with the conversion, but the visitors 6-0 lead was soon cut back by the BC 23’s when their fullback Nick Bartholme scored in the corner only 6 minutes later.

The visitors were able to make the most of good possession and field position and with 18 minutes left in the half fullback Luke Johnston crossed after a zig zag run left the BC defence in bewildered. Soon after centre Shane Rowe received a perfectly timed pass from interchange half John Norford to stroll over for a  try near the posts. As he did with the Johnston try interchange back Mitch Scott converted to give the NSW Students an 18-4 lead.

Just to demonstrate their superiority, 5 minutes before the break Johnston dived on a Norford bomb for a try and with Rowe converting, it put the tourists in front 24-4 at lemons.

A gutsy defensive effort from the young Bulldogs kept the score board inactive for the first 20 minutes of the second half until, bringing the ball out from their line, their attacking player had the ball jolted from his arms following a strong tackle from NSW winger Myles Fowler, the ball rolling straight into the arms of Vrahnos who scored wide out.

Fowler was in the action again soon after to drop onto a Vrahnos bomb over the line to score his first try of the tour. Scott converted to give the tourists a 32-4 lead.

Four minutes from full time interchange hooker Ben Griffin scooted over from dummy half to score under the posts and with Scott converting, the final score of 38-4 was reached.