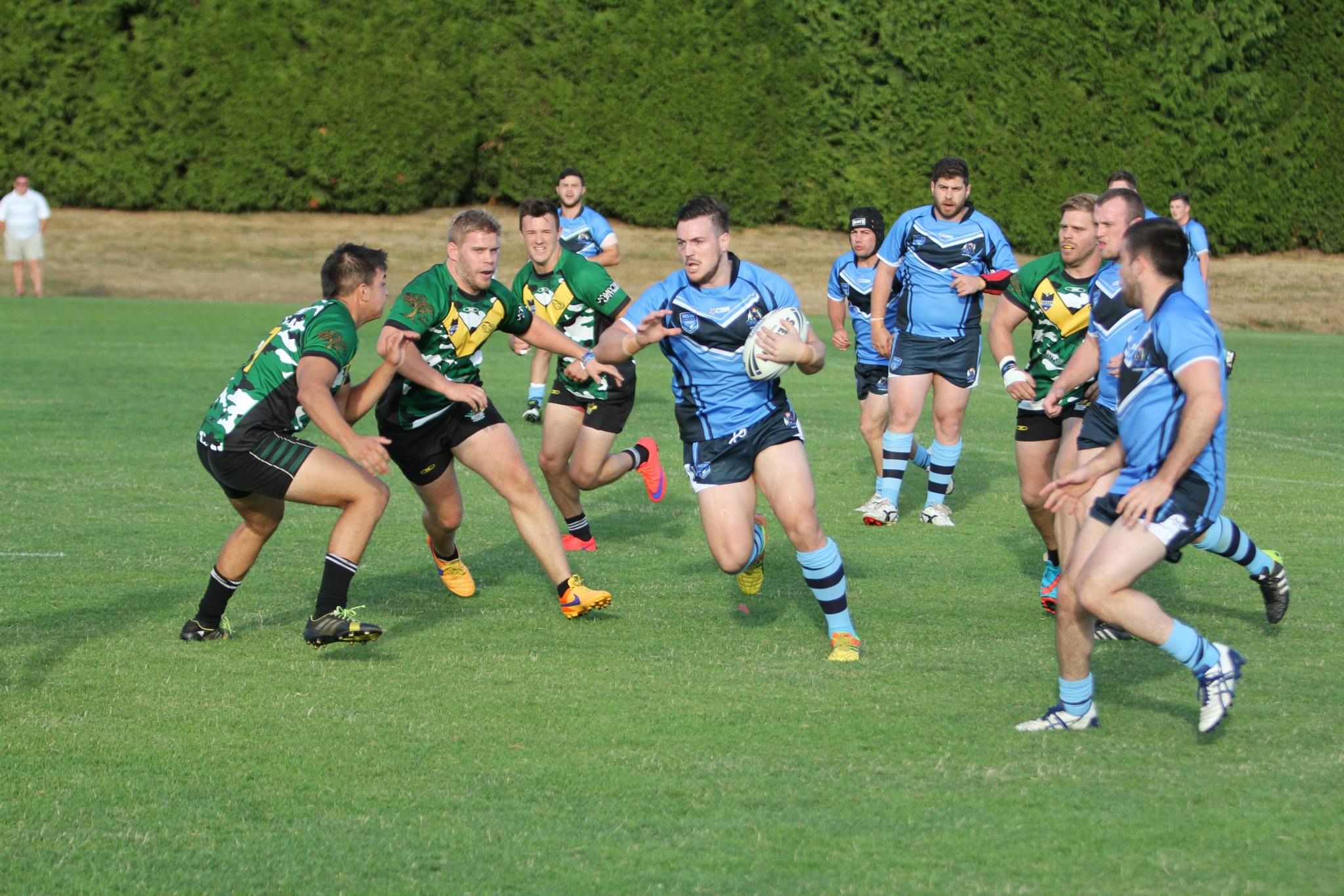 Despite just missing out on a place in the 2015 BC comp. grand final the NSW players attended last Thursday, the Beavers have been the dominant team in the fledgling BC rugby league competition and were keen to pit their skills against the tourists.

As with their first tour match against the Bulldogs, the opening session was witness to some willing displays in defence and in attack it was the Beavers that actually made the first line break. The NSW players clearly showed they had learned their lesson from their first match, completing their early sets and at the 7th minute reaping the benefit when a sweeping back line play put winger Mitch Scott over wide out. He converted his own try for the tourists to take a 6-0 lead.

From the restart of play the tourists continued to attack the Beavers line and finished the play with half Jake Vrhanos putting his Sydney Uni team mate Scott Bunch over under the posts. An easy Scott conversion extended the NSW lead to 12-0.

Minutes later a long block-busting run from front rower Junior Tuapo enabled Bunch to set five eight Allan Newton up for a try and with Scott on target with his goal-kicking the NSW team was ahead 18-0. Soon after Newton continued a dominant attacking display with a brilliant pass to put fullback Luke Johnston over for a simple try. Scott converted and with 20 minutes remaining before half time it was looking like the Tertiary team was about to clock up a cricket score.

The proud Beavers had different ideas and worked their way back into the match, holding their own and making a couple of good breaks. Four minutes from half time their hard work paid dividends when winger Nathaniel Silva collected a bomb to score wide out.

Right on half time hooker Tim Curley sliced his way through the Beavers defence to put prop Seamus Leyland over and the tourists went to the break ahead 28-4.

The second half started well for the Beavers with fullback Nick Bartholme scoring early after making a run direct from a scrum win. However, their hopes of getting back into the match were dashed soon after when centre Sam Asfour weaved his way through some bamboozled defence to cross for what was to become the first of a hat-trick of tries for him.

A try to Tuapo quickly followed and unfortunately for the Beavers their defence faded and the tourists were able to run at will, with centre Shane Rowe scoring at mid point of the half and strong running from Asfour enabling him to cross twice more and Leyland diving over for a second try.