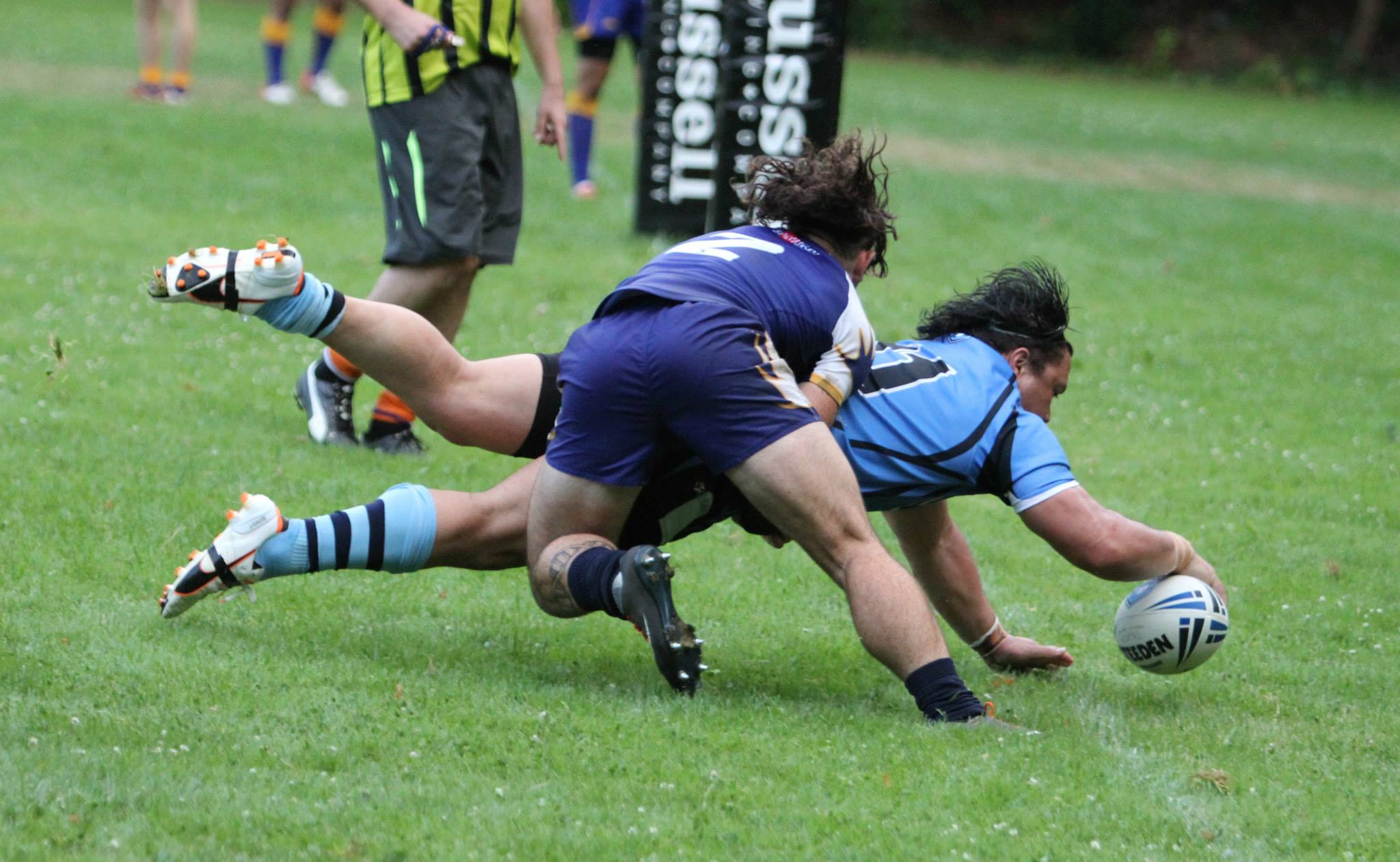 The Bulldogs showed from the opening whistle that they were not afraid to take it up to their more experienced rivals and it took the visitors 10 minutes before they were able to put points on the board.

After being held in their own territory for most of that time, a long break by fullback Luke Johnston set the scene next play for prop Junior Tuapo to make a barging run to the line to score first points of the tour. A relatively easy conversion by five eight Allan Newton put the tourists in front 6-0, but hopes that the Bulldogs defence would start to crack quickly faded, with the Bulldogs aggressive tackling forcing the Tertiary boys into error on too many occasions.

Just before half time another strong run from Tuapo set up half back John Norford for a try near the posts and with the conversion unsuccessful, the visitors went to the break ahead 10-0.

The second half started well for the locals with fullback Nathaniel Silver slicing through the Tertiary Blues defence to run 70 metres to score. A successful conversion by half back Conner Hunter put the Bulldogs well and truly in the hunt, trailing 10-6.

Near the mid point of the half Tertiary prop Joe Mourad crashed over wide out to help ease the visitors in front 14-6 and a second try to Norford 10 minutes from full time, converted by centre Shane Rowe, should have sealed the match.

However, a try to Bulldogs second rower Hash Mirlohi with 6 minutes still reaming gave the locals a glimmer of hope of a comeback. Those hopes were dashed when Tertiary second rower Joe Ngawini forced his way over close to the line to score.