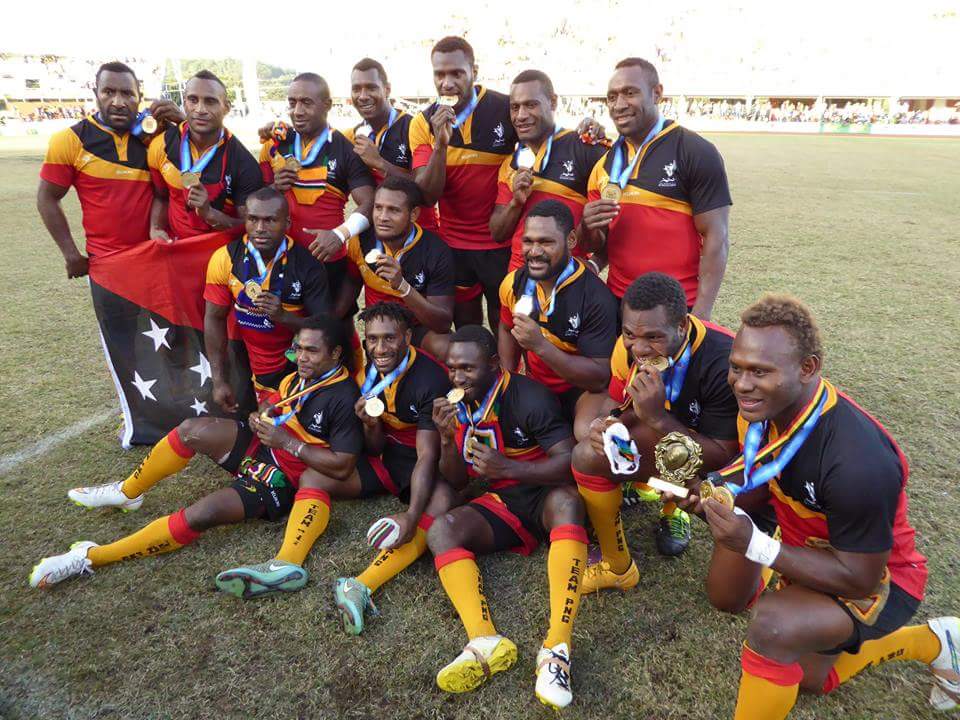 PNG hooker and player of the tournament Wartovo Puara Junior scored two tries in the final, as did centre Oti Bland Tony, as the rapturous sell-out crowd lapped up the home side’s success.

After six dominant performances leading up to the gold medal match it was little surprise that PNG took the honours in their final outing of the tournament.

PNG coach Michael Marum said the result was a huge boost for his players, few of whom have tasted success on the international stage.

“It was a big performance by all the team, and with one of our players ending up winning player of the tournament, it’s really good for the code and for all of Papua New Guinea,” Marum said.

“I think it’s going to be a positive thing for the players, and it’s good experience for them. We’ve got seven games before PNG Hunters’ season finals too, and I hope we go back and keep working hard and that success will come.”

Samoa coach Mike Felise believed his side was “lucky” to come away with a medal after a shaky start to the tournament, but said they regrouped at the end of day one.

“Our motivation really, really picked up after our last game (on day one) against Solomon Islands (Samoa won 50-0), it showed us how we could really play.

“We’re lucky we got a medal and we’re happy we got silver. It was hard work and we’re over the moon.”

Surprisingly Fiji, the second best team behind PNG on day one, went home empty-handed. After losing to Samoa in the semifinal they were beaten 16-14 by Tonga in the bronze medal match.

“The boys are feeling disappointed because they didn’t expect to lose, but we accept it,” said Fiji coach Maika Vuivere. “Some you win and some you lose, and we’ll go back and learn from our mistakes.”

Tonga quickly became crowd favourites on day two and thrilled supporters with a series of celebratory performances of the sipi tau (Tongan haka) after claiming the bronze medal.

Coach Taufa Fukofuka (TON) was delighted with his side’s turnaround after winning just a single match on day one.

“We’re really happy with the boys winning a medal. I told the boys last night that if we beat Solomon Islands by more than four tries (in the final round-robin match on Sunday) then maybe we would make the semi-final, and the boys worked hard for it.

“For most of them it’s the first time they’ve ever competed in a tournament like this, and they’ve won a medal. They can’t wait to go back home and celebrate.”