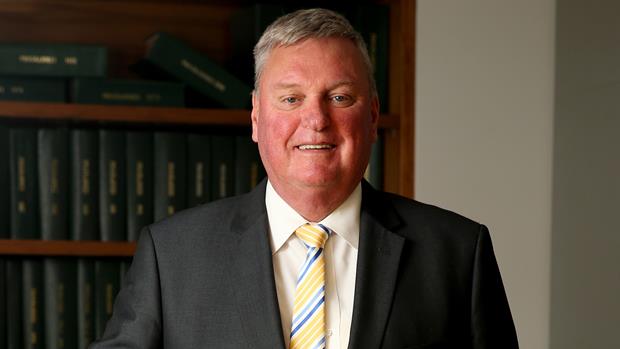 One of Australia’s leading sporting administrators, Michael Brown has been appointed CEO of the 2017 Rugby League World Cup.

His job will be to help plan and deliver a successful World Cup, which will be hosted jointly by Australia and New Zealand.

Michael has more than 20 years experience in the sporting sector, most recently as CEO of the Asian Football Confederation’s 2015 Asian Cup Australia.

Prior to the Asian Cup, Michael was CEO at the Hawthorn Football Club and General Manager of Cricket at Cricket Australia.

NRL CEO, Dave Smith said Michael had the credentials and experience to bring together the best Rugby League nations in the world for a successful World Cup.

“There has never been more interest in Rugby League at the international level,” Mr Smith said.

“New Zealand has taken the number one spot, Australia is desperate to regain its top ranking, England is always highly competitive and the Pacific Islands are set to become powerhouses of the game.

“So the scene is set for the best World Cup in recent memory and we are confident Michael is the right person to deliver a successful tournament.”

Mr Brown said the Rugby League World Cup would be one of the biggest events on the sporting calendar in 2017.

“This is a unique opportunity to showcase the best of Rugby League both domestically and internationally,” Michael said.

“The World Cup has not been held in Australia since 2008 so I have no doubt this tournament will attract more people to the game, whether as players or fans.

“My aim will be to make an impact in every area of the game… from the grassroots and the culture right through to the elite level.”

Mr Brown will take up the role in mid-July.