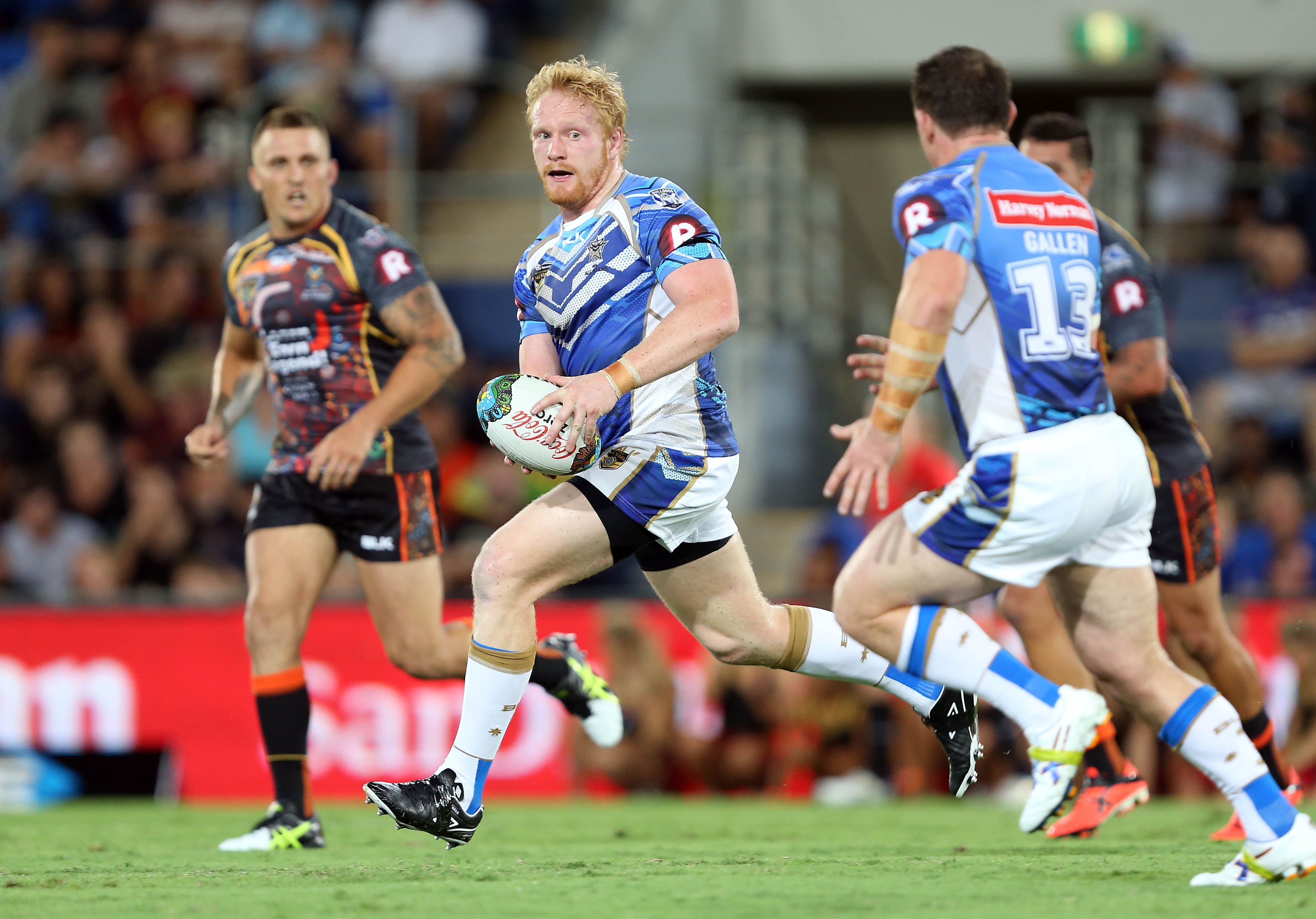 All Stars set to move to Brisbane in 2016

The All Stars event will move to Brisbane in 2016 following another successful contest between the Indigenous All Stars and the NRL All Stars on the Gold Coast last night.

The Indigenous All Stars defeated the NRL All Stars 20-6, watched on by 23,177 people at Cbus Super Stadium.

In partnership with Tourism and Events Queensland, the NRL will now stage the Harvey Norman Rugby League All Stars in Brisbane in 2016.

The NRL’s commitment to staging the All Stars contest has been backed by the Australian Rugby League Indigenous Council. Following a meeting of the ARLIC on the Gold Coast this week, chairperson the Hon Linda Burney MP said the importance of the match to Indigenous communities was unquantifiable.

“The All Stars match is important to the Aboriginal and Torres Strait Islander people, to rugby league, and to Australia,” Ms Burney said.

“Last night’s match was particularly special as it was played on the seventh anniversary of the Government’s 2008 Apology to the Stolen Generation.

“But the game itself is only part of the All Stars story.

“The passion that has been displayed by the players towards the concept as well as the wonderful reaction from the communities has been inspirational to see during the week, and is truly heartening when we are looking at the long-term good of what this special contest can do for our country.”

NRL Chief Executive Dave Smith said the All Stars event was an important part of the rugby league calendar.

“This is an extremely important week for the game,” Mr Smith said. “Twenty-four percent of our Kangaroos players last year were Indigenous players.

“Those same players are passionate about this concept and about the impact it can have on the Indigenous communities.

“It was clear last night what this contest meant to those who were part of it.

“The All Stars week will have touched many lives this week and inspired many people, which is why it is so important.”

Mr Smith added the women’s All Stars match, the interstate under-16s All Stars clash and the Touch Football All Stars contest added significantly to the success of the night.

Former player Preston Campbell, the architect of the All Stars concept, said the benefits of the week were enormous for Indigenous communities.

“It’s easy for me to be very passionate about All Stars,” Preston said. “I see what this game does in the communities.

“This game is making a difference in our society. The players know they are part of something unique but also quite special and that is very powerful.”