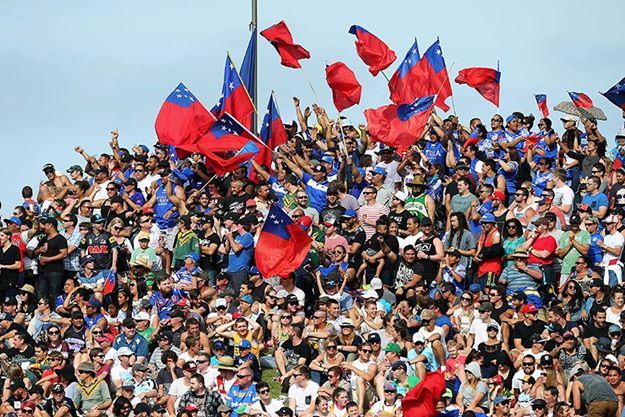 International Rugby League will return to South-East Queensland this year with Brisbane and the Gold Coast set to host a blockbuster stand-alone weekend of representative rugby league in May.

In a huge coup for NRL fans in Queensland, Suncorp Stadium will host the traditional Trans-Tasman Test Match between Australia and New Zealand, supported by Tourism and Events Queensland (TEQ), on Friday May 1.

The Test is the only international match between the Kangaroos and the Kiwis in 2015. The Test Match will be a key game in rugby league’s program of events to commemorate the 100th anniversary of the ANZAC landings at Gallipoli.

The stand-alone representative weekend will be a significant part of the NRL’s 2015 season calendar, which will be launched in Auckland on Thursday night.

May 1 also sees the Australian Jillaroos take on the NZ Kiwi Ferns at Suncorp Stadium, while Pacific powerhouses Samoa, Fiji, Tonga and Papua New Guinea will be part of a triple-header at Gold Coast’s Cbus Super Stadium on Saturday May 2.

The first match on Saturday night (May 2) will feature the Junior Kangaroos against the Junior Kiwis. The PNG Kumuls will then take on Fiji Bati, before Samoa return to the international stage following their successful Four Nations campaign against traditional rivals Tonga.

NRL Head of Commercial Paul Kind said the fact that six nations would be playing across the weekend across the men’s and women’s game highlighted the diversity and reach of Rugby League.

“This is a significant weekend on our calendar and we are delighted that Queensland will be the focus of it,” Mr Kind said.

The stand-alone round ensures all NRL players will be eligible for selection (pending injury), setting the stage for a weekend of international rugby league at its very best.

On the eve of the NRL season launch, Mr Kind declared the stage was set for the biggest year in Queensland’s rugby league history.

“We are gearing up for the biggest season in the game’s history and Queensland is without question a focal point of our major events and marquee fixtures,” Mr Kind said.

“I’m delighted the All Stars game is returning to the Gold Coast, while the stand-alone representative weekend will see the game’s best in action across South-East Queensland for a thrilling weekend of International Rugby League.

“When you combine the representative fixtures with the early-season blockbusters the Broncos, Titans and Cowboys are hosting, this really is a significant and hugely exciting year for rugby league in Queensland.”