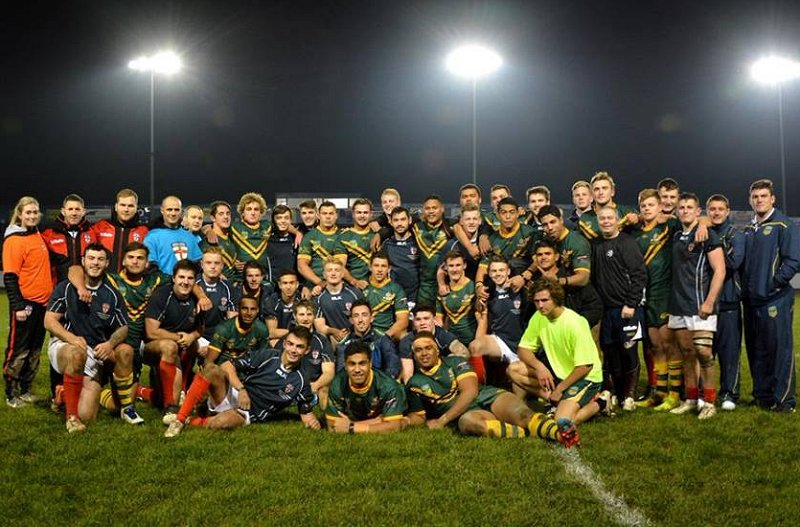 The Australian Schoolboys have made the perfect start to their seven-match, five-week tour of Europe, defeating a Combined Regional Academies team 86-6 at Derwent Park in Workington.

Five-eighth Brock Lamb was man of the match for the Australians with a personal tally of 22 points, while Roosters Holden Cup fullback Latrell Mitchell scored a hat-trick in the 80-point rout over the Combined Regional team consisting of players selected from the three RFL regional academies based in Cumbria, North East and Midlands.

He made his debut for the Roosters’ under-20s earlier this year and was named man of the match in the SG Ball Grand Final, where he scored two tries in the final six minutes to snatch a dramatic victory for his side in golden point extra-time.

The Australian Schoolboys will take on Wigan Academy on Saturday before facing Leeds Academy the following Tuesday in preparation for two Test matches against RFL England Academy.

The final game of the tour will see the Australian Schoolboys travel to Perpignan to take on a France under-19s team.