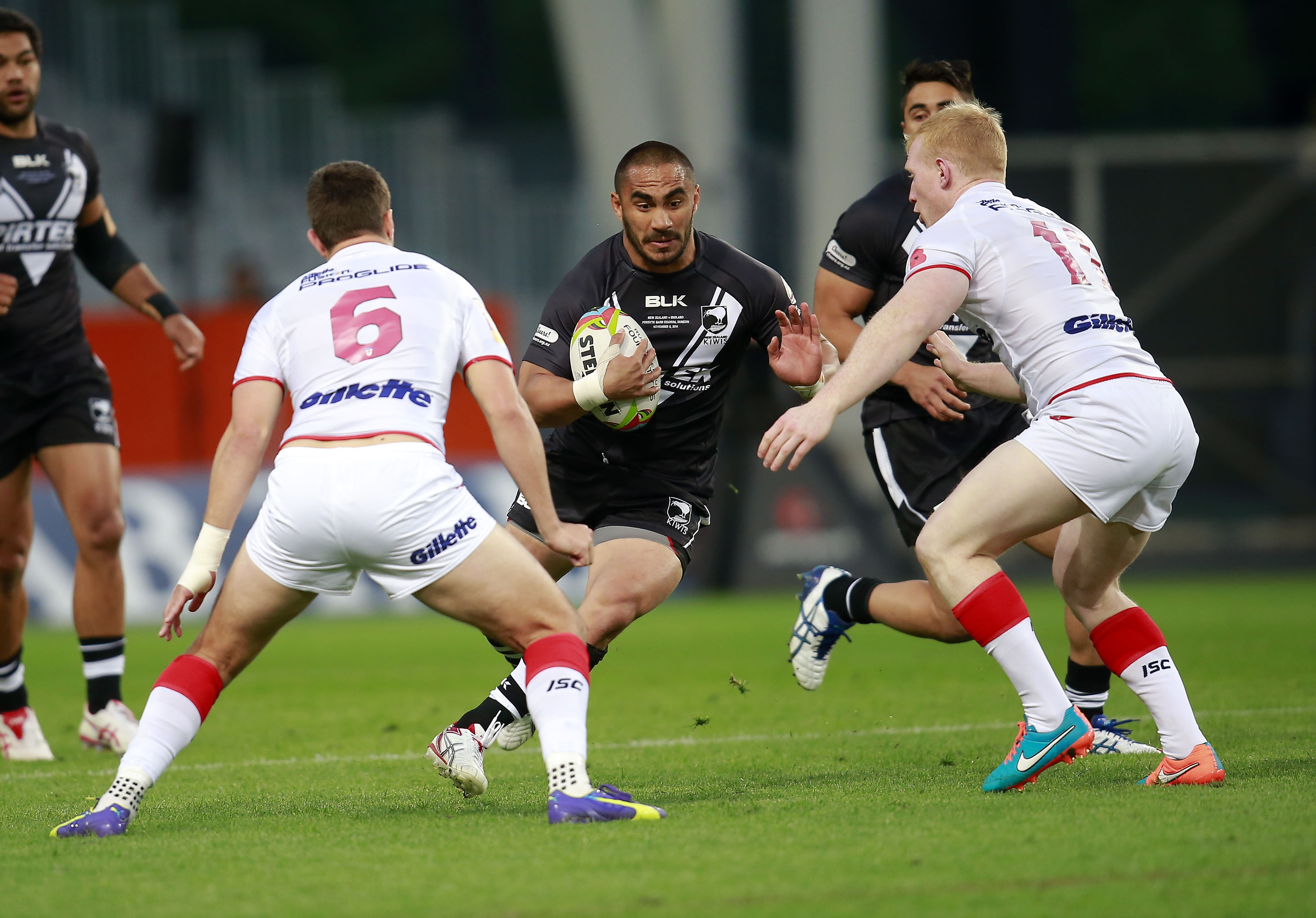 Leuluai out of Four Nations Final

Hooker Thomas Leuluai has been ruled out of the NZ Kiwis line-up for Saturday’s Four Nations final at Wellington’s Westpac Stadium.

The Vodaone Warriors utility has started in the front row for New Zealand’s lead-up wins against Austalia and England over the past three weeks, but sustained a shoulder injury – as well as a badly gashed face – during his last outing in Dunedin.

Tests this week showed he would not be fit to face the Kangaroos again in the final, so Issac Luke has been promoted from the bench, with utility Lewis Brown joining the playing line-up.
Otherwise, Kiwis coach Stephen Kearney has stuck to the same team that held out the English, taking the precaution of naming back Gerard Beale and forward Bodene Thompson as 18th and 19th men.
Several others emerged from the weekend with injury concerns, but Tohu Harris (shoulder), Dean Whare (foot) and Jason Nightingale (face) are all expected to line up as named.

The full NZ Kiwis team to face Australia in the Four Nations final at Wellington’s Westpac Stadium on Saturday is: