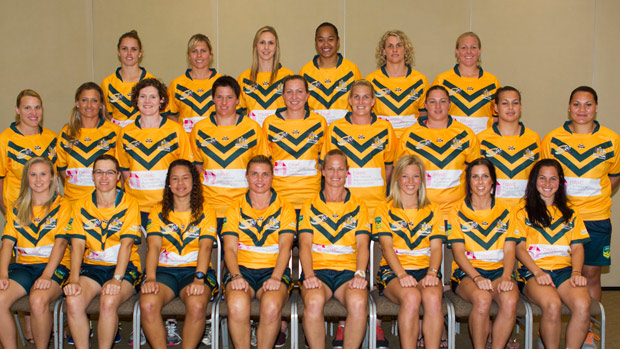 Twelve teammates from the victorious 2013 World Cup winning Jillaroos team have been selected as part of 2014 team set to meet their Trans-Tasman rivals New Zealand, for the first time since the winning the World Cup.

The Jillaroos will play the NZ Kiwi Ferns as a curtain raiser to the NRL’s Four Nations tournament match between the Holden Kangaroos and Samoa at WIN Stadium Wollongong on Sunday 9 November.

The team captain to lead the Jillaroos into battle in November will be announced in the coming weeks.

The team will go into camp in Wollongong on 3 November.