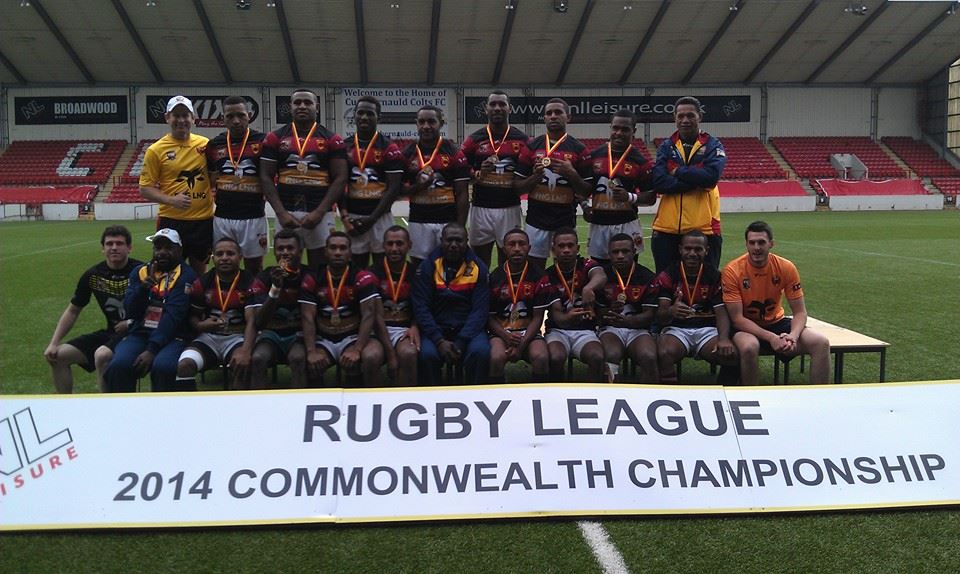 Papua New Guinea beat Australia 22-8 in a pulsating gold medal match to win the first ever Rugby League Commonwealth Championships. The two-day international Nines tournament at Broadwood Stadium in North Lanarkshire – an official Commonwealth event endorsed by the Commonwealth Games Federation – kicked off a summer of sport in Glasgow in fine style.

The Kumuls led from the first minute through Warren Glare and added two more tries before the break through Andreson Benford and Gahuna Silas. Sydney Roosters’ Johnny Tuivasa-Sheck showed power and pace to pull one back for the Kangaroos but at 16-4 down they had too much to do against an outstanding PNG. Ryan King (Wests, Illawarra) buried over from close range, but in a fabulous finish the diminutive Silas broke away, stepped out of three tackles and scrambled over the line to win gold for PNG.

The Kumuls had overcome Wales in a ferocious semi-final, winning 12-6, while Australia saw off the tournament’s surprise package Canada, 20-0. Wales then beat the exhausted Canadians 20-4 to clinch gold, winger James Mercurius-Taylor adding two more tries to make him the tournament’s top try scorer with seven, while Wales back Ben Jones was top points scorer with 32.

England went ahead through Kyran Knapper but were well beaten by the Young Bravehearts, who finished fifth despite only one defeat in their five games.

Jamaica got their first win in their final game, beating the unfortunate South Africans, 12-4, to finish seventh.