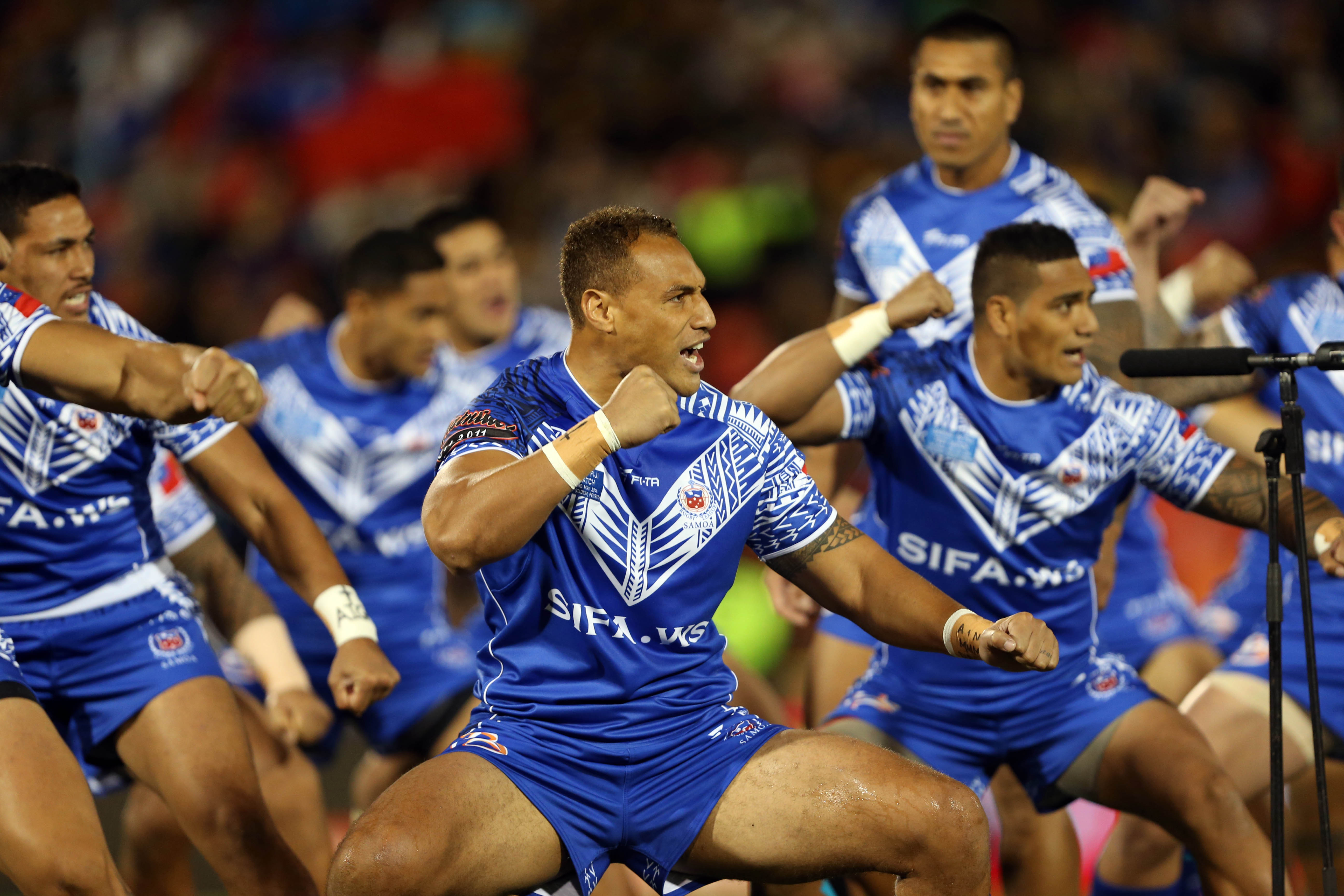 To be fair, this was always going to be a fun, carnival-like night at the foot of the mountains. But when Fijian lock Korbin Sims came up with the biggest hit of the NRL calendar thus far on Samoa’s Isaac Liu, we were guaranteed an unforgettable one.

In the end, Samoa got the fourth and final ticket to the Four Nations at the end of the year with a 32-16 victory over Fiji at Penrith’s Sportingbet Stadium. But there was no denying that rugby league – as it always seems after games like this – was the real winner in all of this.

From Petero Civoniceva answering an SOS to come out of retirement, to Lote Tuqiri kicking his first goal in over a decade, to Penani Manumaleali’i’s hat trick – six months after the tragic passing away of his mother during the World Cup – the raucous crowd of 9,063 had more than enough to cheer for.

Samoan prop Sam Tagataese could be in trouble though after being sent off in the closing minutes for headbutting Fijian prop Kane Evans.

Samoa had all the ball early, forcing three repeat sets inside the first 15 minutes. And while they eventually got a result – a big, Manumaleali’i left-foot step that got him under the posts in the 13th minute – Sims’ fifth-minute bell-rattler on Liu showed this was going to be anything but a dour affair.

And that’s exactly how the first half transpired as Fijian fullback Kevin Naiqama – who shanked all three of those line drop outs – executed a perfect grubber and chase to get their first try a minute later.

Centre Lote Tuqiri, in his first Test for Fiji since 2000, levelled the scores at 6-all.

The 2013 World Cup semi-finalists went back-to-back in the next set when hooker James Storer made a 30-metre bust and kicked ahead for five-eighth Alipate Tani, who was grassed centimetres short of the tryline. A quick shift right in the ensuing play ended in Tuqiri stepping off his right and planting the ball. He added the extras to his own try, extending the lead to 12-6.

Fiji went further ahead in the 27th minute when Storer sold the crowd – and marker Liu – a huge dummy from the play-the-ball for a two-try advantage, but Samoa got one back in the 38th when Manumaleali’i latched onto a magical round-the-corner offload from Sam Tagataese to reduce the margin to 16-12 at the break.

The surprise Tagataese-Manumaleali’i combination got the Samoans off to a flyer – and onto a lead – in the second half when a quick play-the-ball from the Sharks prop, who had made a 40-metre bust earlier in the set, paved the way for his clubmate to scoot over from dummy half for his hat trick. Inu duly converted and the 2013 World Cup quarter-finalists stole the lead 18-16.

Six minutes later, the Bulldogs reserve-grader kicked his side out a further two points when Korbin Sims charged his shoulder into Samoan hooker Michael Sio.

Late call-up Carlos Tuimavave kept the circus rolling with a supreme juggling act in the 54th minute that turned the Test into it a two-try game. Manumaleali’i’s initial bomb was kept alive by Inu, but when Vidot put up a second chip the Warriors utility leaped and had two grabs at the ball before a difficult putdown.

Inu potted his fifth goal from as many attempts and at 26-16, the Samoans were well in control.

While Inu had a perfect night with the boot, he reminded the rugby league community of his special talents under the high ball when, in the presence of three defenders, he soared to take a Tuimavave bomb and passed to winger Daniel Vidot in the same motion to score. When the former Warrior and Eel again smiled and converted, Samoa were well on their way to the Four Nations.

The match ended in controversy when Tagataese was sent off for what referee Ashley Klein said was “leading with the head” in the 78th minute, in an incident that will surely come under the scrutiny of the NRL judiciary.

Samoa will open their Four Nations campaign against England as part of a double-header involving Australia-New Zealand at Suncorp Stadium on October 25.